In 1718, Dr. Charles Ward of Bradwall left a sizable sum of £200 in his Will, the interest of which was to be used to pay for the board and education of three boys in particular “until they were fit for one of the universities.” These boys became known locally as ‘Ward’s Scholars’ and all went on to study at universities once they had left Sandbach School. The interest from Ward’s original donation outlasted the scholars and helped the school to grow and to develop in its early days in the 18th Century. Again to commemorate this gesture to the school, his surname was used for one of the 4 modern day houses. 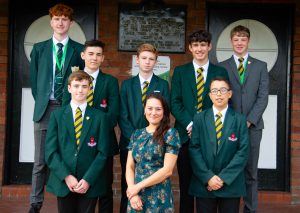