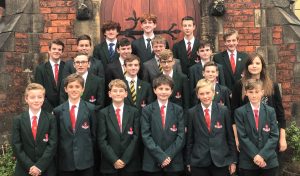 Each student is represented by:

Meet once per half term

Appointed after applying to join the Senate

Consulted about key things that happen in school

Senate meetings include a governor and a member from leadership group

Chair the meetings of their year groups’ representatives

1 meeting per half term

Listen to views from forms they represent

Update forms about the meetings

Feedback these views to the Senate

Building on the success of the Senate last year, the new Senate for 2019-20 has now been appointed and are looking forward the year ahead. The senate have already held their first meeting and immediately began to work on improving the school life for all students.

The Senate discussed the representatives system: each form will have a rep to ensure that the decisions and discussions are filtered down to students and views and opinions from the student body reach the Senate. The Senate also discussed how to promote excellent conduct and behaviour school and began to plan for a new praise and reward system.

The Senate also reaffirmed the focus as working hard to improve the experience of all students in the school inside and outside the classroom and are looking forward to the year ahead.