Going back to 1677, Richard Lea, a local business man, donated a plot of land to educators on Middlewich Road. Mr Lea was known to be a philanthropist and had a keenness for seeing young boys from poorer backgrounds gain an education. The land had on it a newly built schoolhouse which was paid for, alongside other benefactors of the parish, by local wealthy gentleman Francis Welles, who alongside Richard Lea gives his surname to two of the school’s modern day ‘houses’ as a result of their goodwill and selflessness during the foundation of the school. 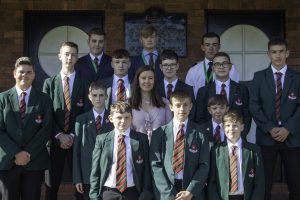