The House system underwent a crisis in the 1930s when the school stopped admitting boarders, which meant the already diminishing school house was no more. To make up for this loss, the school was now divided into four houses of equal strength and became more recognisable to what we have today.Much later than Lea, Welles and Ward, in the 19th and 20th Century, the fourth of our significant benefactors, Ernest Craig began a long association with Sandbach School, first as a pupil and latterly as a very involved Old Boy who became president of the Old Sandbachians’ Association. During his later years as MP for Crewe, Craig maintained a strong connection with the school, also acting as a Governor and becoming involved in the administration of house events and their associated awards. Ernest Craig’s death in 1933 led to great sorrow at Sandbach School and shortly afterwards he was honoured as the namesake of the newest and most successful house, Craig House. 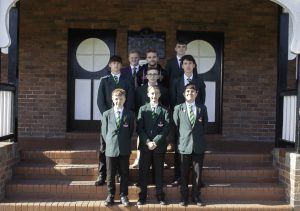